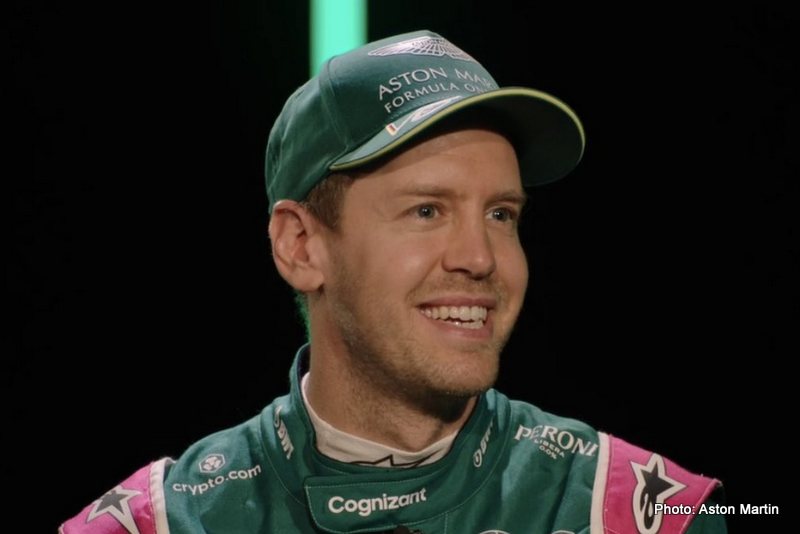 Sebastian Vettel believes the idea that he cannot drive as well when the rear end of the car is unstable has “got a little out of hand”.

The German endured a difficult 2020 season with Ferrari, which came after a few years where he made more mistakes than he had in the past.

His decline in form is something that some observers have put down to the Ferrari having a more unstable rear end than the Red Bull cars with which he won his four Formula 1 world titles.

Asked whether he thought his new Aston Martin AMR21 would possess such a trait, Vettel said: “I don’t know, I think the whole rear end thing has got a little bit out of hand.

“I mean, if you look at the cars that I had when I was at Red Bull school, or beginning of Ferrari, or whatever, I think there’s always been times where the rear was nervous, and that’s okay.

“So I don’t think I’m more vulnerable than the others in this regard. If anything I don’t like when the car is really just understeery.

“Because at least with the oversteer, you can do plenty of things, with the understeer, as well there’s some driving techniques, but your hands are a bit more tied or a bit more limited. So actually, I prefer when the car is a bit more loose, that really helps you to rotate, and so on.

“Obviously, if it gets too much, then you lose a lot of time. And then nobody likes that because it’s slow.”

The AMR21 was out on track at Silverstone on Thursday for a filming day, but Vettel will have to wait until pre-season testing gets underway in Bahrain on March 12 to get a proper chance to understand how it differs from what he has driven in the past.

“But coming back on the philosophy, I think it is interesting,” he added.

“Obviously, I haven’t had a single lap yet, but maybe we get a glance tomorrow, but then really in Bahrain with consistent conditions, to get a feel of it.

“By the sounds of it is very different. I hope it’s coming my way, if there is something like like that. And then we’ll see how it goes.”