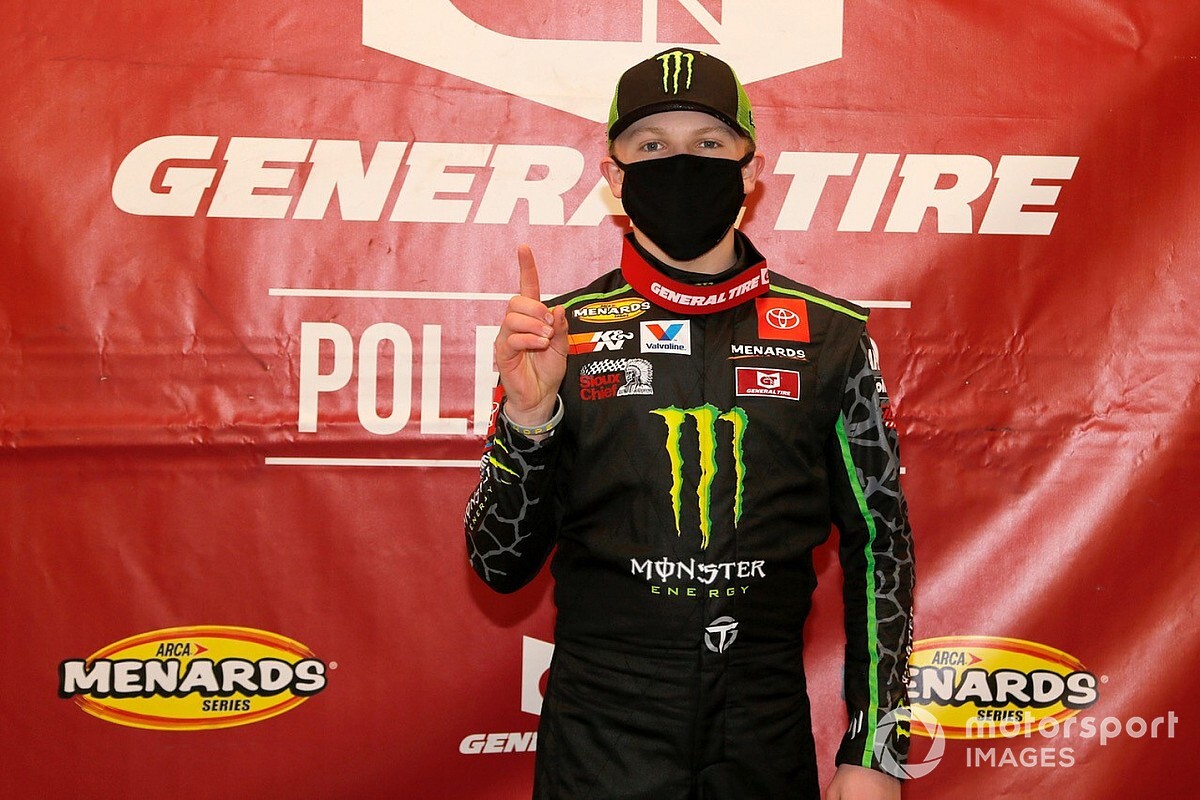 Following a late-race caution that was extended by some light rain, Gibbs held off Corey Heim in a one-lap dash to the finish to win the General Tire 150.

The win is Gibbs’ first this season in the ARCA Menards Series, in which he is competing fulltime with Joe Gibbs Racing.

Gibbs, the 18-year-old grandson of NASCAR Hall of Fame owner Joe Gibbs, is also competing in Saturday’s Xfinity Series race at Phoenix. He won in his first series start two weeks ago on the Daytona Road Course.

“I’m so thankful to be in this situation. Not a lot of kids really get to do what I get to do and I’m really thankful for that,” said Gibbs, who won for the ninth time in his ARCA career. “I love driving race cars.

“I love Phoenix, Phoenix is a great track. The job’s not done yet – we’ve got to go race tomorrow.”

Gibbs was leading when a caution was displayed on Lap 144 of 150 for an incident with Joey Iest. It appeared the race would return to green with three laps remaining, but a brief squall of light rain delayed the restart.

ARCA restarted the race with one lap remaining and Gibbs got a strong run after taking the green flag and withstood a fierce late charge from Heim through Turns 3 and 4.

“It all depended on how we restarted. Luckily, I got away from Corey on that last restart and kind of set sail,” Gibbs said. “It was a fun win.”

2022 NASCAR at Talladega – Start time, how to watch, schedule & more