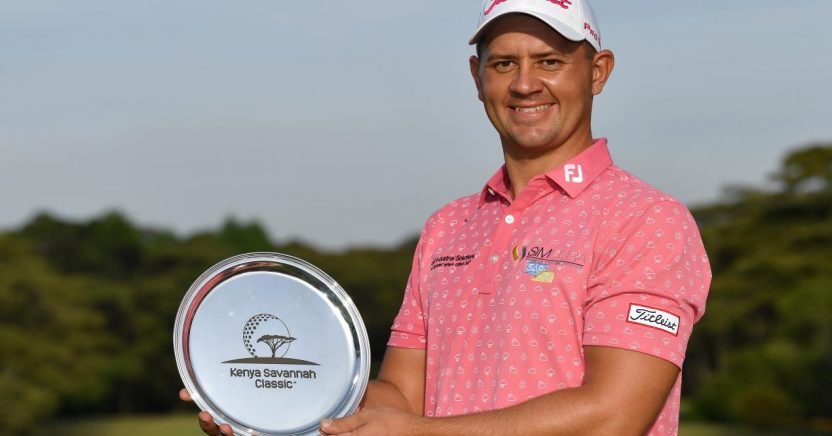 Daniel van Tonder secured his first European Tour title at the Kenya Savannah Classic after defeating Jazz Janewattananond with a birdie on the third play-off hole at Karen Country Club.

The 30-year-old South African posted a closing seven-under-par 64 to join Thailand’s Janewattananond on 21 under par and after both players parred the first two trips back down the 18th hole, it was third time lucky for van Tonder as he converted his short birdie putt following a sublime approach.

He was eight under par after 13 holes, following five gains in a row from the ninth hole, but back-to-back bogeys at the 14th and 15th handed the advantage to Janewattananond. He needed to find something special and he holed a lengthy birdie putt on the 18th to force extra holes.

The victory is van Tonder’s fifth in his last 13 worldwide starts, while Janewattananond secured his best European Tour finish since his tied second place at the 2017 Fiji International.

England’s Sam Horsfield and Scotland’s Calum Hill both carded final round 64s to share third place on 20 under, while David Drysdale and Jacques Kruyswijk finished two shots further back in a tie for fifth place on 18 under.