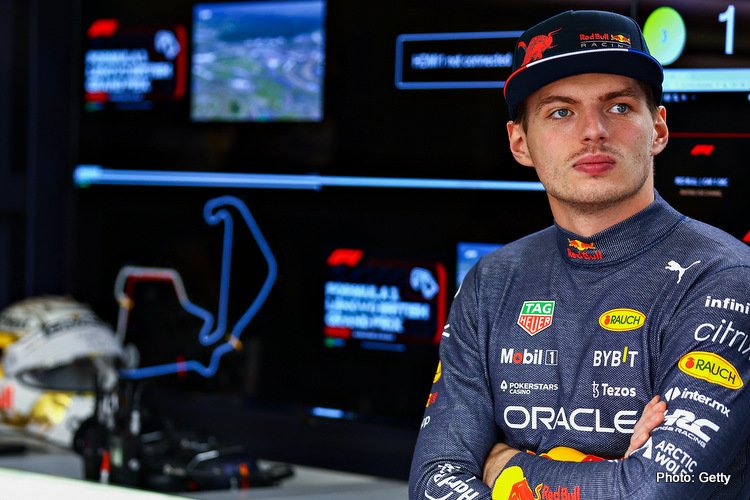 The normally rampant Red Bulls were unusually subdued on the opening day of the 2022 British Grand Prix weekend with Max Verstappen only good for fourth and teammate Sergio Perez seventh on the time sheets at the end of FP2.

Clearly a case of saving the big guns for later on a wet-dry day at Silverstone that scrapped any well-laid plans by teams and their drivers to do meaningful mileage on the day.

Verstappen was a couple of tenths shy of Carlos Sainz’s top time is likely to have a lot more when it matters in qualifying and on Sunday will be looking to make it a hat-trick of wins to add to his victories in Montreal and Baku.

Also last year’s lap one high-speed crash will best be erased by Verstappen and the team with a strong showing in the next two days.

Speaking to reporters after FP2, Verstappen said: “It’s always a bit tricky after not driving in FP1 for everyone, and then FP2 becomes of course a lot more of a bit of guessing, let’s say it like that, where normally in FP1 you just build it up.

“It was maybe not ideal but also not a big issue, so I think we know what we have to work on and that’s what we’ll try to do overnight, but again [Saturday] probably it’s raining so we have again different type of conditions. But it was okay.

“[We did a] few laps with the softest compound, which I think is alright. It’s just around here with all the high-speed corners, the tyres in general, they wear a lot. It was always going to be, I think, quite tricky to manage the tyres.”

Verstappen: Every weekend Ferrari are fast, so it’s not a surprise… 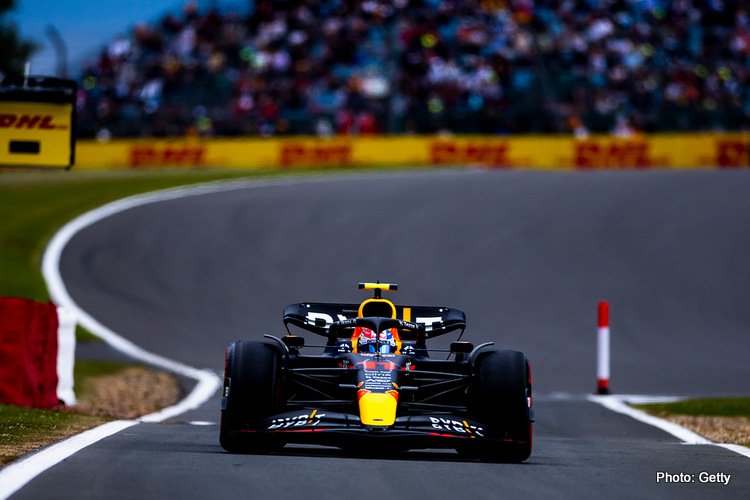 “It was not bad. We’re still in there, there’s still a few things we need to look at, tyres as well – so it’s alright!”  added the World Champion, who has started from top spot on the grid on two occasions this season, Imola and Montreal.

Perez was less satisfied in the other Red Bull: “It wasn’t a great session, from the preparation I had on the simulator the car is miles off that. We suspect the issues are related to the aerodynamics but I can’t go into too much detail until I see the data properly and then we need to understand the problems.

“Because of that we had a very short long run and then impacted running at the end of the session too. It’s not a great start to the weekend, we are a bit on the backfoot now and we need to look into it in more detail now.

“It will be difficult to catch up, but we have done it before and as long as we are able to get things in the right place we should be good. You need confidence around these tough corners here, so as long as I can get that back things should be alright.

“Ferrari look strong and I hope we can match them come qualifying,” concluded Perez, who will be seeking his second pole position of the season to add to the one he scored in Jeddah.

Krack: Alonso is a clear statement of our intent at Aston Martin

Massa: At Ferrari the tide needs to turn quickly