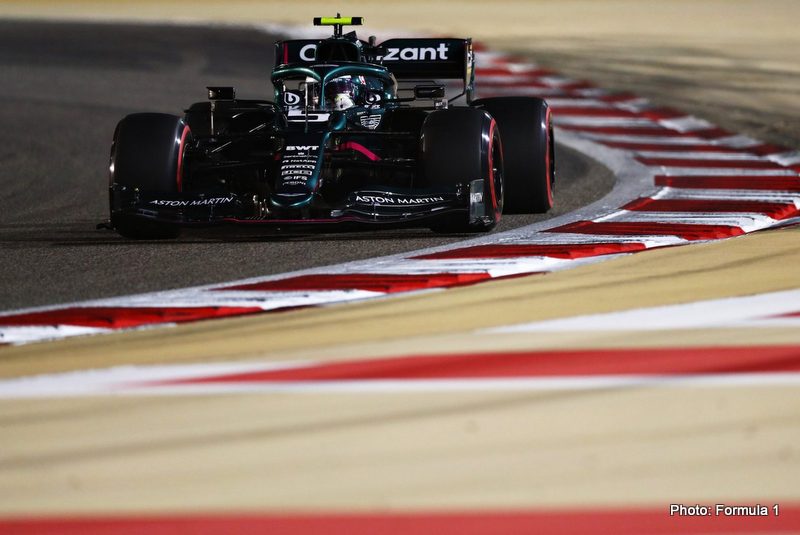 Sebastian Vettel will start the Bahrain Grand Prix from the back of the grid after being given a grid penalty for ignoring waved double yellow flags during qualifying.

The German was about start a flying lap when Nikita Mazepin spun at Turn 1, leading to yellow flags being waved.

While Vettel did not set a fast enough time to get out of Q1, with the four-time world champion initially set to start the race in 18th, he was summoned to the stewards office as a result of the incident.

Following the meeting, which took place on Sunday in Bahrain, Vettel was given a five-place grid penalty, relegating him to the back of the grid, and awarded three penalty points on his licence.

The statement read: “Bottas, Vettel, Perez and Russell approached the scene and drove past Mazepin. Bottas, was immediately instructed by his team to abort his lap in accordance with the Race Director’s Event Notes. Perez and Russell had received the chequered flag, and were instructed to slow, with Russell receiving the additional information that it had been a double yellow sector.

“Vettel did not abandon his lap. He explained to the Stewards that he saw the smoke ahead of him, but was unsure if it was a lock-up or a stopped car until he was quite close to the car and the smoke was lifting.

“The Stewards observed that he had already passed the signal panel when it illuminated as he approached the scene, and that the marshals in that turn had not yet reacted with a yellow flag. Nevertheless, Vettel was approaching a car that was stopped sideways on the track and by the rule this would necessitate a double yellow flag.”

It is hardly an ideal start to the Vettel era at Aston Martin, but he will be hoping to make up ground during the race.