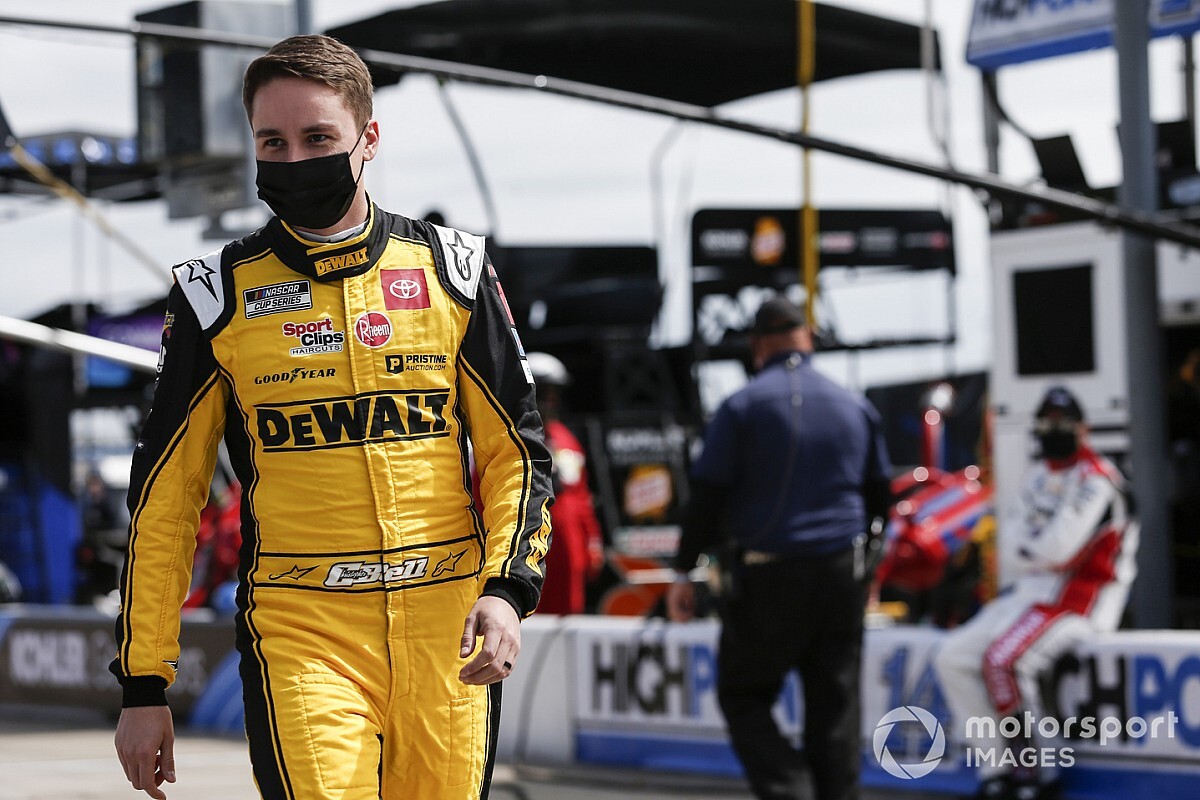 Wednesday night was the start of this season’s 10-race sim racing series among NASCAR drivers and the first event was held on the virtual dirt track created at Bristol (Tenn.) Motor Speedway.

Despite the inclusion of several drivers with extensive and successful dirt racing backgrounds, the feature event was won again by one of the best drivers in the virtual world, William Byron.

This weekend’s Truck and Cup races on the dirt surface won’t be the typical dirt racing seen around the country, but how well did Wednesday night’s race represent what drivers will face at Bristol?

Not the best practice

Not very well, said Christopher Bell, in his second fulltime season as a Cup driver and whose career before NASCAR was dominated by racing – and winning – on dirt.

“As far as (Wednesday’s event) being realistic, I just don’t see it. We saw the track was really heavy on the simulator and if we get those conditions in real life, we’re not going to be able to see because the windshields will be mudded up,” Bell said.

“The radiators are going to be mudded up and we’re not going to be able to get air flow to the engines. We can’t have those conditions. Then, if it gets super dry, it’s going to be really dusty.

“I don’t think the track conditions were realistic, what we had, but I think some of the tendencies might be similar.”

One of biggest similarities is likely to be the drivers’ repeated sawing back and forth on the steering wheel. It was evident watching drivers compete in their respective simulators and Bell says the same will be true this weekend.

“Dirt racing with these stock cars, you have to really hustle them around the race track. Eldora was a very similar way – you’re far-left to far-right and eight times back-and-forth throughout the corner,” he explained.

“It’s just a matter of who’s going to be able to repeat that the most and do the best job of being consistent throughout the course of the race. I think that’s going to be the hardest part.

“All of our crew chiefs (at Joe Gibbs Racing) know that we’re going to be back-and-forth on the wheel a lot more so the steering will probably be a little bit softer than what they would be at normal Bristol. I think the crew chiefs will help us out making the steering softer.”

The biggest variable over which no team will have control this weekend will be the weather. There is a significant chance of rain both Saturday and Sunday in the Bristol area.

While NASCAR events aren’t typically run in the rain (except road course events), the only “track prep” associated with bad weather is usually drying off the asphalt or concrete surface.

A dirt surface produces a slew of other concerns depending on how hard it rains, how long it lasts and how much water ends up mixed into the dirt surface.

“I’m all for having a little bit of water in the dirt to make it a more true dirt track than what maybe we’re anticipating,” Bell said. “On the flip side, if the dirt has too much water content in it, either, ‘A,’ the track starts getting rough, or ‘B,’ our windshields get mudded up.

“Our windshields get mudded up, the front of our cars get mudded up and the engines are going to get hot. They’re walking a very fine line on how much water content can be in the dirt.”

In the end, Bell hopes the Cup Series’ first race on dirt in more than 50 years will be a success.

Bell didn’t mince words: “A demo derby with a lot of yellow flags.”