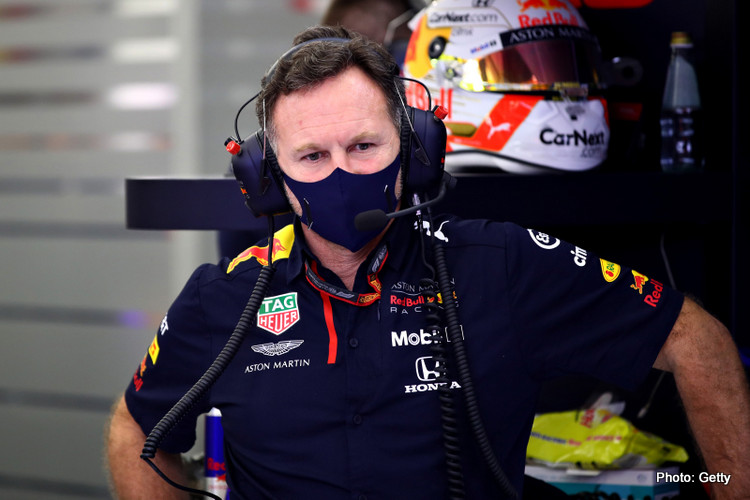 Christian Horner has said that he is not focusing on the speculation surrounding Max Verstappen‘s future at Red Bull.

Instead, the team principal claimed, the team must be zeroed in on building on the performance and potential that they showed during the back half of last season, with Verstappen winning the final race of the year in Abu Dhabi.

While Red Bull finished second in the standings last season, one place higher than in 2019, the gap to Mercedes remained large for much of the campaign and they managed just two race wins.

With Lewis Hamilton and Valtteri Bottas only signed to one-year contracts, this had led to the suggestion that Verstappen could become a target for Mercedes in the future, but Horner said he was not worried about “what others are doing”.

“I think I’ve been around too long to worry too much about what others are doing,” he told Autosport. “The most important thing for us is to concern ourselves with what we’re doing.

“And it’s enormously important for ourselves, and obviously Max, to build on the potential that we’ve shown. That’s our objective.

“I’m not really paying a great deal of attention to speculation. It’s: ‘we need to control the things that we have at our disposal and we need to maximise our own performance’, which is absolutely our combined objective for this year.”

Red Bull unveiled their 2021 challenger, the RB16B, on Tuesday, a car that Horner revealed was largely a carryover from the RB16 that the team ran in 2020.

Asked to reflect on the off-season and the progress they had made with the new car, the 47-year-old admitted that the team was in “reasonable shape” going into the new season.

“The team have done a great job working around the challenges that we’ve faced. Generally, I think we’re in reasonable shape.

“I think we’ve been assisted by the fact that there’s a large percentage of the regulations that are carried over, which is unusual.”