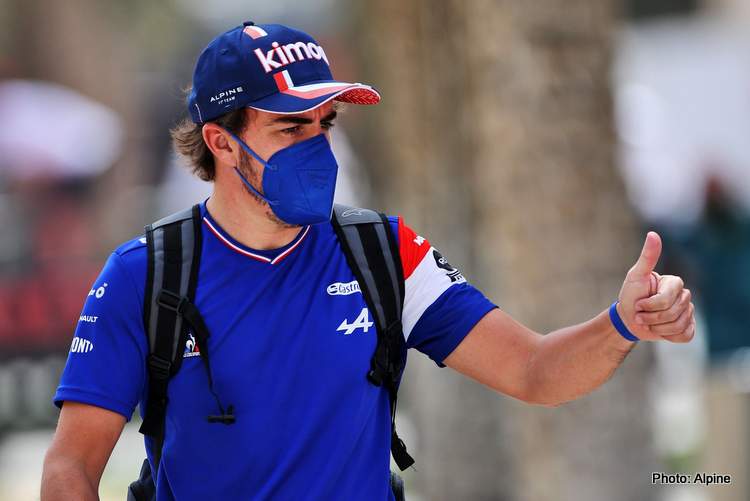 Former Formula 1 driver Pedro de la Rosa said it is “fantastic” to see Fernando Alonso back on the grid, while admitting that the 39-year-old “thinks about motor racing 24 hours a day”.

Alonso and De la Rosa worked together at McLaren and Ferrari which gave the one-time podium finisher a chance to see his compatriot operating up close during his prime years.

While De la Rosa said he liked to take time off from racing, he revealed that Alonso would avoid any “distractions” and was “100%” committed to the sport.

“That’s his strength really – Fernando thinks about motor racing 24 hours a day,” he told the F1 Nation podcast. “Everyone says the same about a champion, about a racer, but actually when you say it about Fernando you mean it.

“I’ve been with him when he’s not racing in Formula 1 or in WEC and he’s thinking about ‘we should do a karting race together again’. He’s always thinking ‘what can I race this weekend?’.

“This is quite unique – I’ve been with many drivers. Myself, the weekend I had off I wanted to do other things – I wanted to be at home, I wanted to see my kids, I wanted to be on the bike. But for him it’s not his work, it’s his passion. He’s a passionate man and I think that’s his biggest strength – he doesn’t have any other distractions in his life. He’s a committed man, 100%.”

The Spaniard made a strong start to the 2021 season in Bahrain where he qualified ninth and ran well prior to retiring when a sandwich wrapper became lodged in his brake duct.

Discussing whether he can still compete given his advancing years, De la Rosa said that he was “disappointed” to hear people question the Alpine driver.

“To see him, at his age, coming back, being this hungry is really fantastic,” he added.

“I personally get a bit disappointed that everyone is asking him about his age and if he’s quick enough now that he’s close to 40. But I always got those type of jokes that young drivers made about myself.

“It’s part of the game, you know? When you see a potential weakness on a competitor you always try to pull the string. The important thing really is how hungry you are inside and how confident you feel inside – have you lost the speed? Have you not?