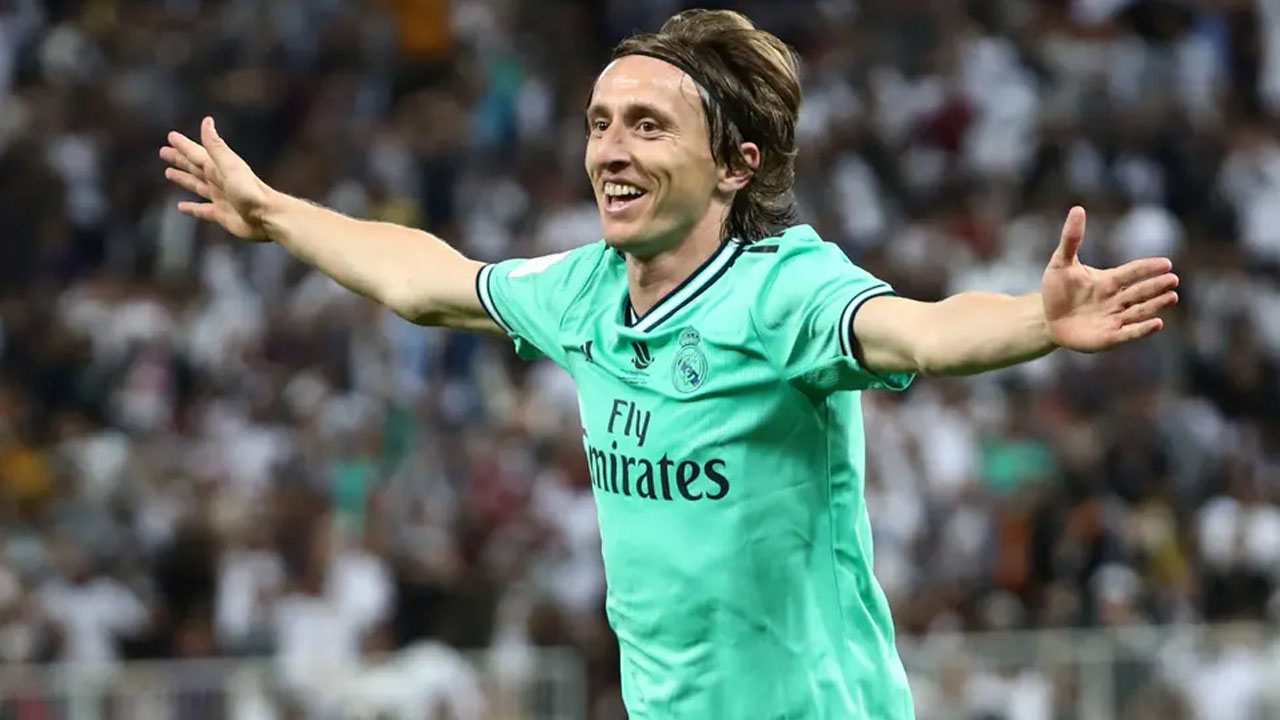 Real Madrid’s best player for the last three months is 35 years old and out of contract in the summer.

Luka Modric has perhaps been Real Madrid’s best player this season, as well as being voted player of the month by the club’s fans for November, December and January. He could deservedly win February too.

Nobody in Zinedine Zidane’s squad is older and yet only four have played more minutes in 2020/21, one of them goalkeeper Thibaut Courtois.

Modric is the joint third top scorer at the club and fifth for assists, even though by his own admission his contribution is never truly reflected by those measurements.

Compare Modric, for example, to Frenkie de Jong at Barcelona, another playmaking midfielder, who is 12 years younger and having an excellent season himself.

“I have the same desire to play, to compete for my place, and I really want to show that age is not a problem,” said Modric in a press conference last month.

“What is important is how you play on the pitch and hopefully I can stay at this level for many years.”

Modric’s contract expires at the end of June and while reports in December claimed a one-year deal has been broadly agreed, three months on nothing is official.

There is perhaps more haggling to be done, especially by Real Madrid, whose financial situation means not a single euro can be spared.

Real reluctant to extend deals
If the contract is allowed to expire, there would be no shortage of teams interested, including some of Europe’s biggest and best.

Yet, as Sergio Ramos is also discovering, Madrid’s reluctance to extend is not just about the money but the message, what it says about a club desperate to enter a new era to be hanging on to the icons of the last one.

After all, what happens when the old players are still better than the new ones? When the oldest player is, in fact, arguably the best one?

Luis Suarez was pushed out by Barcelona last summer, not so much because he was underperforming — he scored 21 goals last season — but because the club wanted to launch a new cycle.

Suarez is now La Liga’s top scorer, the driving force behind Atletico Madrid sitting six points clear at the top of the table.

Zidane’s loyalty to a select core helped him win three Champions League titles in a row but in the last few months it has brought pressure. When results have dipped, a criticism has been his refusal to embrace the future.

“Next year they’ll have to do things, make changes maybe,” Zidane said last month. “But this year we have the right to fight. Let us fight.”

Modric has been the stand-out player in a midfield trio that might still be the most balanced in Europe. Neither Toni Kroos nor Casemiro look like they need replacing either.

Fede Valverde briefly broke in but has faded. Isco has been excluded. Martin Odegaard was brought back from Real Sociedad, the idea that he could be the poster boy for a new generation. Instead, Odegaard barely featured and opted to join Arsenal last month on loan.

As Odegaard sat on the bench, he watched Modric still orchestrating, wriggling through gaps, tackling and distributing from deep. He saw Modric running this Real Madrid team despite his age, and Zidane sees it too.

Even in this compressed, exhausting season, Modric has started 20 out of Madrid’s 23 league matches, a throwback to the past, excelling in the present.

Real Madrid play at Real Valladolid on Saturday, hoping to reduce the gap behind Atletico, who are at home to Levante. Barcelona, in third, host Cadiz on Sunday.