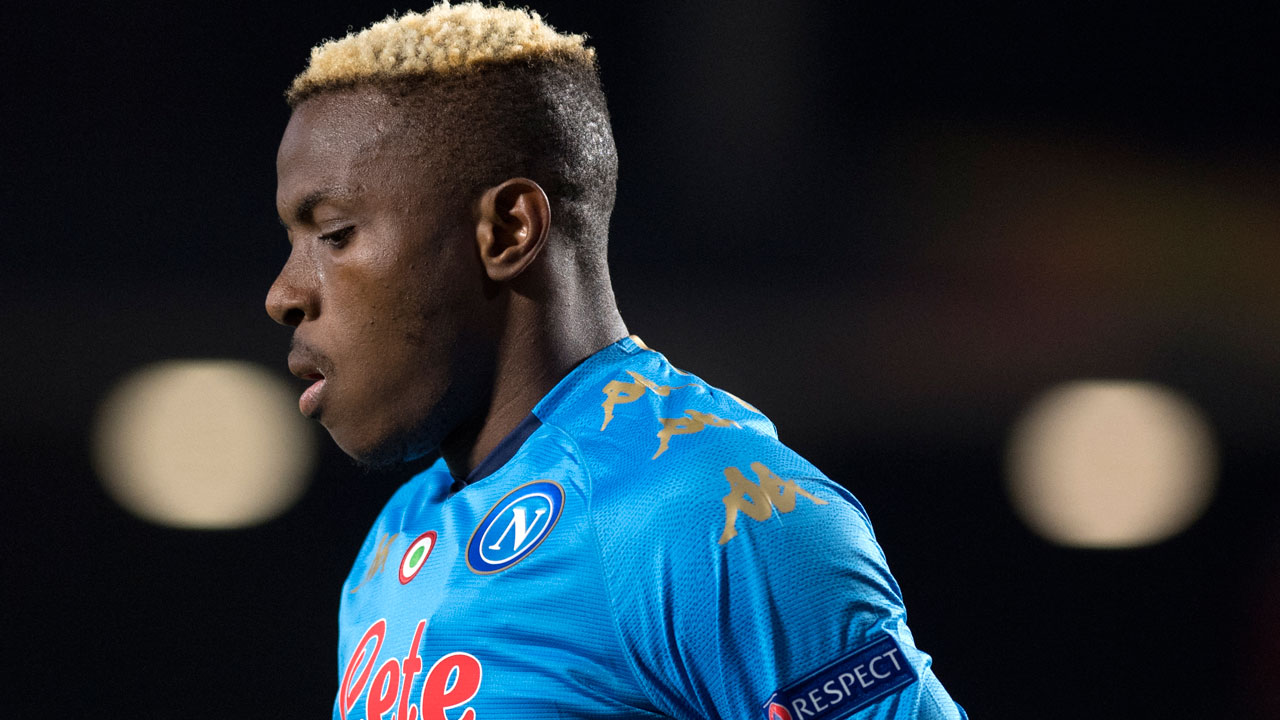 Napoli forward Victor Osimhen was stretchered off after suffering a knock to the head in Sunday’s 4-2 defeat to Atalanta in Serie A.

The Nigeria striker briefly lost consciousness after hitting his head on the ground after a Cristian Romero challenge in stoppage time of the game in northern Italy.

The 22-year-old was taken to the city’s Papa Giovanni XXIII hospital for tests, according to media reports.

The forward, who joined the club from Lille last summer, had only returned to action last month after being sidelined for over two months with a shoulder injury and coronavirus.

Despite a promising start to the season he has scored just two goals for the club.

Napoli fell to their third defeat in five league games as Atalanta warmed-up for next week’s Champions League clash with Real Madrid to move fourth in Serie A.

After a first half marked only by the red card given to Atalanta coach Gian Piero Gasperini, for arguing with the referee for a penalty after Matteo Pessina went down, the hosts dominated after the break.

German midfielder Gosens sent the ball into his own net five minutes later as he attempted to head clear but Romero headed in a fourth with 11 minutes to go.

Atalanta are fourth equal on points with third-placed Roma who play Benevento later on Sunday.

Gennaro Gattuso’s Napoli are seventh, three points off the Champions League places, with the pressure on the coach after also losing their Europa League tie at Granada during the week.