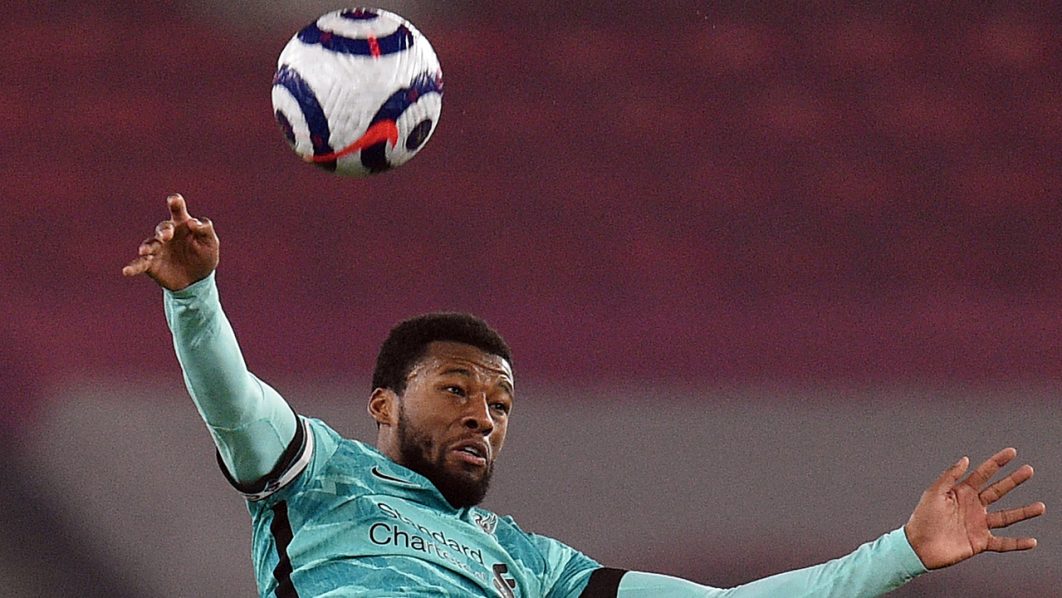 Georginio Wijnaldum said he would be “devastated” if he had to leave Liverpool after entering the final few months of his contract with no new deal firmed up.

The Dutch international has long been linked with Barcelona and a reunion with his former national team boss Ronald Koeman.

Wijnaldum, speaking ahead of Wednesday’s second leg of Liverpool’s last-16 Champions League tie against RB Leipzig, was unable to give a firm answer over his future.

“The most important thing is to get back on track and winning games again and then we will see,” said the midfielder, who has won the Champions League and Premier League under Jurgen Klopp.

“I am really happy here and my family is happy here but there is no news. But I would be devastated (if) I didn’t play with this team anymore, that’s for sure.”

The 30-year-old, who has made 224 appearances for Liverpool in five years, is having to consider walking away from the club where he has tasted so much success.

“Really difficult,” he said. “If that happens, you would be leaving a team that you really love. A team that you shared a lot of years together, a team where you feel really comfortable.

“But on the other side, you would know the situation why you have to leave. It always depends on the situation.”

Liverpool, struggling badly in the Premier League, are 2-0 up against Leipzig after the first leg of their tie.